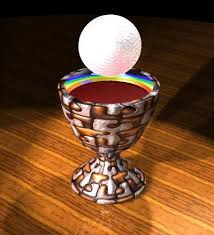 “He who eats my flesh and drinks my blood has eternal life, and I will raise him up on the final day” (Jn 6.54)

Looking around at the congregation, I think it’s fair to say that I’m not alone in enjoying a good meal. The best meals are those we enjoy in company, especially if they celebrate something special: weddings, birthdays, Bar Mitvahs. For me, Christmas lunch is one of the most anticipated meals of the year, not only for the endless reams of turkey and booze-addled Christmas pud but also for the chance to spend time with friends and family – and to see Noel Edmonds on the telly. Again. As well as eating together to celebrate, we also do so at more sombre commemorations. I understand from my Ghanaian friends that they prepare vast feasts on the anniversary of their loved ones’ funerals.

Yet I would attract some funny glances, to say the least, if at one of these special meals of celebration or commemoration, I put a bit of the meat on a platter or a stick and started parading it around with candles and bells.
If I tried it at home with the Christmas turkey I’d probably get a wrap on the knuckles with a nearby butter knife. Today and every Sunday we take part in a feast which commemorates Jesus’s death on the Cross and celebrates His resurrection; and many would say that is all we are doing – performing an act of remembrance. The bread on the altar is just bread, the wine just wine. If they are right, then certainly, carrying the bread around and bowing and scraping in front of it as we are about to is at best decidedly odd. At worst, it is gross idolatry.

But Jesus did not order us just to eat bread and drink wine in remembrance of Him. He told our predecessors, the Jews in the Synagogue at Capernaum, to eat His flesh and to drink His blood. They assumed He must be making some spiritual metaphor; after all, they asked, how could they eat His flesh and drink His blood? It was taboo enough to consume the blood of an animal, let alone engage in a repulsive act of cannibalism He surely could not have meant what he said literally. But in today’s gospel Jesus did not back down. Instead, he said again with greater force: “He who eats my flesh and drinks my blood has eternal life” – although the translation ‘he who eats my flesh’ does not do the biblical word full justice: at this point in the Greek text John stops using the usual word for ‘eat’ and uses the word trōgein, to gnaw or to rend with the teeth. Jesus is stressing the carnal, bloody reality of His flesh which we must chew on like the flesh of a sacrificial lamb, not genteely nibble like a rich tea biscuit. I hesitate to compare the Evangelist to a horror film director, but by using this word he does seem to be making a vivid – and rather gory – point.

This point has been taken by catholic Christians to indicate what is called the doctrine of the Real Presence. At the Last Supper, we believe that Jesus was instituting not just a commemorative dinner in his honour, but a sacramental means of participating in His sacrifice on the Cross. We are to eat His flesh as He commanded, just as His fellow Jews ate the paschal lamb sacrificed at Passover on the altar. Now when we think of altars we may think of candles and white linen in a quaint English country church, but the altar at Jerusalem was a very different thing: more like a butcher’s table, awash with the blood of sacrificed animals and hanging with their stench. Sacrificial blood was nothing new to the Jews, but Jesus’s blood, pouring from the Cross, was shed to cleanse the altars and wash away the sacrifice of the Old Covenant. His sacrifice made all other sacrifices redundant; and we believe that we participate in that once-and-for-all sacrifice by eating His real flesh and drinking His real blood in the elements of the bread and wine. This is what we mean when we speak of the Real Presence.

You may find the Real Presence somewhat hard to swallow, if you will pardon the pun. There are certainly good arguments against it. Protestant theologians have argued that today’s passage from S. John should be taken in the more metaphorical sense that they attribute to the rest of his gospel, although we might note that Luther and Calvin themselves adamantly defended the literal reading and the sacramental doctrine it entails. Yet I have argued that Jesus’ command to eat His body and drink His blood is emphasised in Scripture, not downplayed, and should therefore be taken at face value. Furthermore, it is clear from the earliest tradition of the Church that almost all the Church Fathers believed in the Real Presence. And if we look to the longest undivided tradition of Christianity, that of the Eastern Orthodox Churches, they have never doubted that Jesus is – in some way – really present in the Eucharistic bread and wine. The caveat ‘in some way’ is important, and we shall return to it later.

At this point, you may be thinking – so what if Scripture and Tradition point toward this idea of the Real Presence? Surely human reason has some part to play: and the Real Presence sounds simply unbelievable, irrational, even smacking of sorcery: are we really expected to believe that because a priest waves his or her hands over some bits of wafer and wine, God turns them into flesh and blood – but that even more incredibly, they still look like bread and wine? It’s like a magician pulling thin air out of his hat and telling us he’s holding an invisible rabbit.

One could dismiss this question as the product of a cynical age too confident in the flawed powers of human reason. But really it is just the same question as Jesus’ doubters asked him in the synagogue at Capernaum, some 2000 years ago. It seemed just as ludicrous to Jesus’ contemporaries as it does to us now: yet they believed, and were sometimes martyred for theat belief. Let us not be so arrogant as to assume that the ancients were any more gullible than we are. In a way, it was far harder for them to believe in the Real Presence, as their life might be forfeit for that belief. So why did they accept what their persecutors regarded a foolish superstition?

One possible answer to this question takes us through the Christmas dinner at the beginning of my sermon, back to Christmas itself. If God can send His Holy Spirit upon an empty womb and fill it with life; if God can be man, Spirit united with matter, Word made Flesh; if, in short, we believe that Jesus is the Son of God, how can we argue that God cannot pour His Spirit into bread and wine and fill it with His flesh and blood? Scripture suggests it is so; Tradition suggests it is so; and if we allow the pieces of the jigsaw to fall naturally into place, rather than hammering them into the picture our reason wishes to form, we will see that it makes logical sense within the scope of Christian salvation history. God plants His Word in the flesh of the Virgin womb; He plants it as spiritual food in the physical food of bread; and this bread of life plants His Word again in the spiritual wombs of our hearts. In James Joyce’s A Portrait of the Artist as a Young Man, on being asked if he would convert from Catholic to Protestant, the main character asks why he should ‘forsake an absurdity which is logical and coherent and … embrace one which is illogical and incoherent?’ For God, all things are possible; and if God commands us to eat His flesh in order to have eternal life, then it is illogical to suppose that He would not give us the vehicle to salvation. Absurd it may seem, but it is at least logical.

But to be honest, I don’t think we need to plunge too deep into absurdity to believe in Jesus’s Real Presence in the Eucharist. As Anglicans, we do not have to follow dogmatic doctrines to the letter on the matter, whether the Roman doctrine of transubstantiation, which insists that the flesh and blood replace the bread and wine, or the Lutheran doctrine of consubstantiation which declares that the bread remains present present with the flesh and the wine with the blood. Enough of these laborious Latinisms, I say: let’s look at what the Greeks have to offer. The Orthodox, who represent an unbroken tradition at least as old as Rome’s, do not feel that they need to define dogmatically exactly how Jesus is present in the sacraments. In their liturgical language, a sacrament is a mysterion, a mystery; and if God made it a mystery, who are we to probe it too deeply? We should be satisfied that God has given us the bread of life, and not pretend that we are capable of understanding the precise mechanics of the divine hand that feeds us.

So call me a doubting Thomas, but I am not sure that Scripture, Tradition or Reason tells us definitively that Jesus is really present in the Eucharist. Yet I firmly believe that He is: not just because it makes sense within the internal logic of Christian history – but because as I approach the Sacrament, I feel it radiating His love, His peace, His joy; as I eat His Body, I feel it binding me in love to my brothers and sisters in Christ; as I drink His Blood, I feel it course through me, awakening me to new life in Christ. Yes, we should be careful of basing religious truth on induced pschological states of euphoria; but we should be equally careful of and clinging too cautiously to the letter of Scripture, Tradition and Reason and thereby crushing the work of the Spirit. The same Spirit is at work in individual devotion as in the dogmatic development of the universal Church, and offers a middle way – a Catholic way – between the two extremes. God speaks truth to us when the flow of the Spirit in our personal experience matches the possibilities left open in Christian revelation; and I urge you to open yourselves now to the Spirit, the same Spirit that made the Word flesh, that poured out of Christ as He died and that brings Him to us today in the bread and wine of the Eucharist. In today’s feast, commemorate His death; celebrate His resurrection; but also take part in the sacrifice He has made for you and the victory He has won for you. As we eat His flesh and drink His blood, we learn more clearly than any words of Scripture can express that Our Lord is with us – and, in the sheer majesty of His love, will raise us up with Him on the last day.

The opinions represented herein are those of Thomas Plant only.